Easter this year we decided to all get together for a bbq at Blackwood Mineral Springs. We were lucky with the weather. It was a lovely warm day. 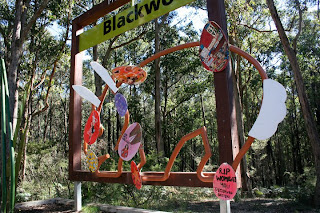 The local mascot all prettied up for the Easter Woodchop Festival. 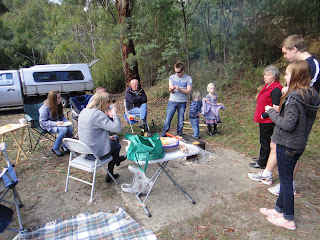 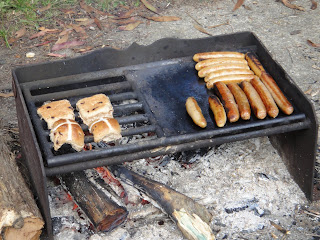 Hot Cross buns and snags were cooked first. I cooked steak, chops and gourmet sausages on the gas bbq. 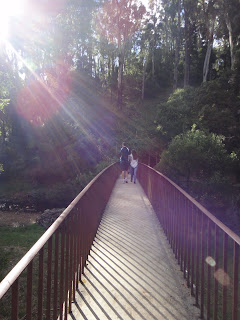 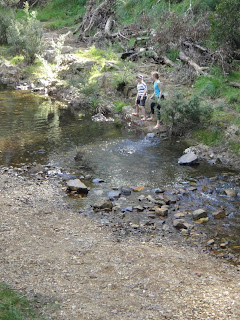 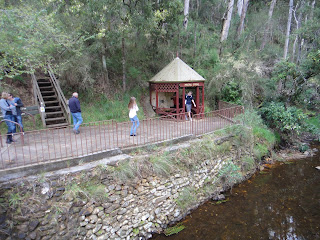 One of the mineral springs. The water is really nice from both the springs here. Probably the nicest I have tasted in the area.According to a local history book the Chinese were to have discovered the presence of mineral water on both sides of the Lerderderg River. In 1879, an acre of land was surveyed and approved as a reserve. In 1889 the first wooden bridge was constructed over the river but was later washed away in flood water. Several other bridges suffered the same fate. In 1910 a swing bridge was built and remained until 1967 when it was replaced with the current concrete bridge.
The rotunda in the picture above was built over the iron spring in 1891 and the other rotunda on the other side of the river was built in 1914 over the soda spring. 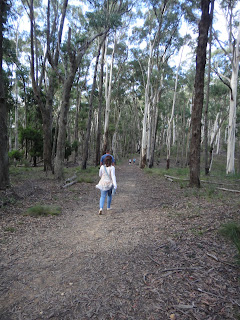 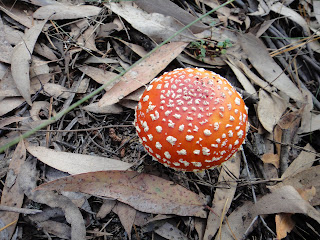 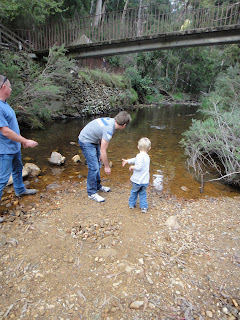 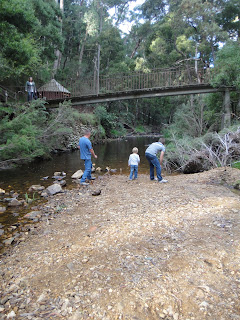 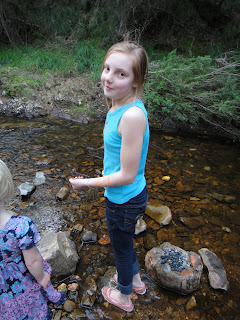 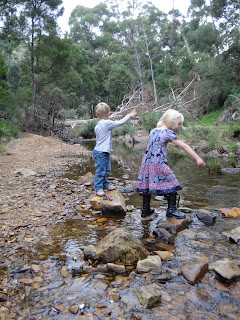 Megs and Zac loved playing in the water. 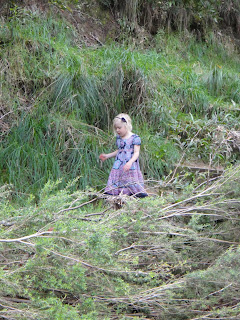 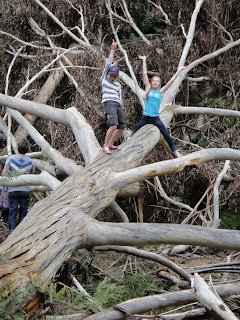 Leah and Marnie loved playing on the fallen tall gumtree over the river. We lost many local trees are all the rain over summer. Their root system is so shallow they drop easily after the ground is drenced and we get a bit of wind. 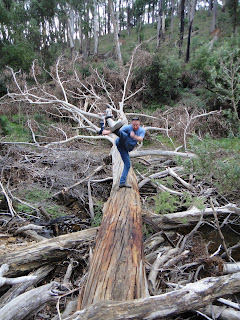 J practising a karate kick on the gum tree. 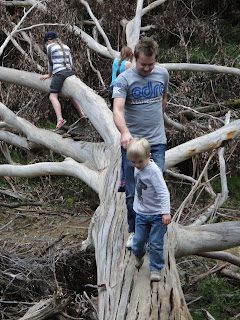 Megan and Zac convinced Dad to walk them along the tree over the river. 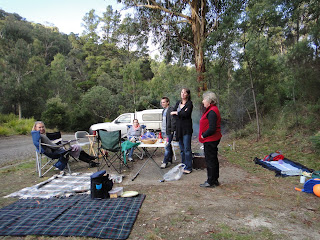 We had a lovely relaxed day with family and friends.

Labels: around the town, easter